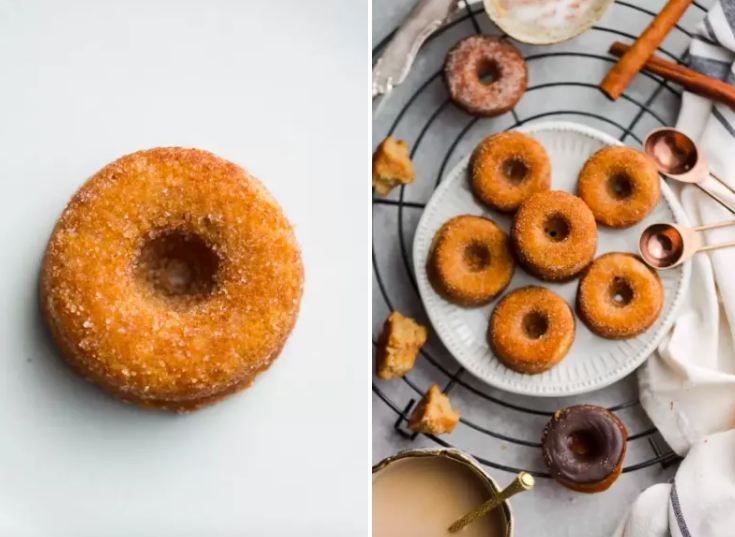 Keto Donuts oft and pillowy low carb donuts are perfect for breakfast, an afternoon or anytime you’re craving that classic cinnamon sugar donut that you love from the fair. Best of all, this delicious recipe is easy to make with no mixer required. Paleo, sugar-free, grain-free and gluten-free.

For the Cinnamon Sugar Coating:

For the Chocolate Glaze:

Remove pan from the oven and set aside until the donuts are cool enough to handle.

FOR THE CINNAMON COATING:

While the donuts are baking, stir together the granulated sweetener and cinnamon in a small bowl.

In a separate small heat-safe bowl, melt ghee (or butter).

Take each cooled donut and lightly dunk in melted ghee then roll into the cinnamon/sweetener coating.

FOR THE CHOCOLATE GLAZE:

Add the chopped chocolate and coconut oil to a small heat-safe bowl & melt in the microwave. Stir in sweetener until combined.

Dip the cooled donuts into the chocolate (double-dip if you want a thicker glaze) and place in the fridge until the chocolate coating has set.